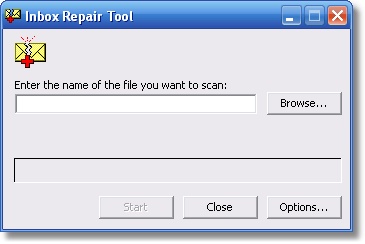 The Inbox Repair tool (Scanpst.exe) can scan and recover corrupted Outlook data files (.pst and.ost). SCANPST in versions of Microsoft Outlook that are earlier than Microsoft Outlook 2016, version 1807, does not support any command-line interface. The scan and repair process with SCANPST can take a long time to run depending on the size and level of corruption of the data file. Multiple passes are sometimes required to fix all errors, and because it requires user input while running, this can be a big waste of time.

ScanIt can run Scanpst.exe earlier and newer version(uses your version of Microsoft Outlook) against .pst and .ost files in command line mode, making it possible to write batch files that will run SCANPST unattended. Have a lot files to repair, but process requires more manual intervention than you want? Automate it with batch scanpst.

Need a script to run SCANPST?

Automate Inbox Repair Tool(ScanIt) is a command line utility that run scanpst.exe against .pst file in command line mode. ScanIt will work with English and non-English versions of Scanpst.exe.

A command prompt is an entry point for typing computer commands in the Command Prompt window. By typing commands at the command prompt, you can perform tasks on your computer without using the Windows graphical interface.

To run the Automate Inbox Repair Tool(ScanIt) in the command prompt follow the steps below:

With batch files, which are also called batch programs or scripts, you can simplify routine or repetitive tasks. A batch file is an unformatted text file that contains one or more commands and has a .bat or .cmd file name extension. When you type the file name at the command prompt, Cmd.exe runs the commands sequentially as they appear in the file.

To run the Automate Inbox Repair Tool(ScanIt) with the batch file follow the steps below:

1. Open the notepad application by going to 'start\all programs\accessories\notepad' or 'start\run' and type 'notepad'.
2. In the blank notepad window, type:
"C:\Program Files\ScanIt\ScanIt.exe" "C:\My files\Outlook.pst" /b:C:\Outlook.bak /log
Note, spaces are not allowed in file name, use quotes around the path name.
3. Now go to 'file' and 'save as'.
4. Save your batch file on the desktop as 'ScanItBatch.bat'.
5. Close notepad and you'll see that 'ScanItBatch.bat' has appeared on the desktop. Double click the file to run it.

If your .pst or .ost file is corrupted and you cannot open Outlook, use this article to recover emails form the corrupted .pst and.ost data files.